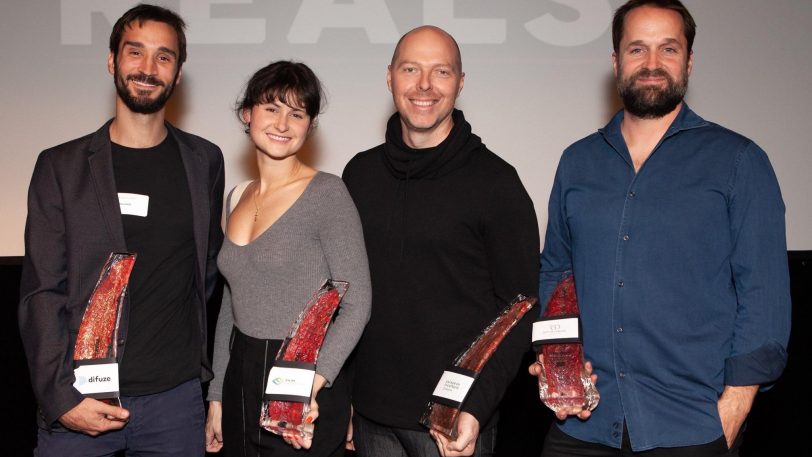 Fair-Play’s list of awards and nominations is getting longer. In addition to the company being nominated at the Rose d’Or Awards, three of its directors have received accolades from the ARRQ’s Prix RÉALS, held in early November, in Montreal.

On November 5, the ARRQ, Quebec’s Directors Association, awarded RÉALS prizes to Revolution directors Daniel Laurin and Josiane Lamarre, in the Non-fiction Category, and, in the Documentary Category, to François Méthé, whose feature film A Transplant was produced by Fair-Play.

The RÉALS, now in their second edition, recognize achievements in direction among Quebec directors in four categories: fiction, non-fiction, documentary and short form.

Shortly following the RÉALS, in November, Revolution became part of yet another group of finalists, this time at the prestigious Rose d’Or Awards, recognizing outstanding international productions. The Quebec show was shortlisted, among a record number of entries from several countries, in the Studio Entertainment category.

The Rose d’Or selection jury is made up of over 60 industry professionals, and the finalists this year include such world-class productions as Carpool Karaoke, Black Out and Couples Therapy. As jury president, Swedish actor and producer Sofia Helin, points out: “This year’s edition of the Rose d’Or is incredibly diversified. We are very happy that so many international productions were selected.”