Groupe Fairplay announces the nomination of Marie-Ève Dallaire as Executive Vice-President, Operations and Productions,   and a restructuring of its workforce!

The company also announces the arrival of Marc-André Grondin

After a record year, the production house today announces the nomination of Marie-Ève Dallaire as Executive Vice-President, Operations and Production. Marie-Ève has an impressive track record. After 16 years at Productions J, notably as the Director of its television department, she joined Groupe Fairplay in 2015, and quickly found herself at the helm of the company’s flagship programs. “Over the past few years, Marie-Ève has demonstrated to us her impressive ability to assemble bold teams as well as create a respectful work environment where good humour and rigour go hand in hand. This perfectly reflects what Fairplay is all about!” said Michel St-Cyr,  Co-Founder and Executive Producer.

A LOOK AT THE RESTRUCTURING AT FAIRPLAY

The company also announces the arrival of Marc-André Grondin (photo) as Producer and Development Associate. Marc-André, who has been closely collaborating with the company since 2018, has, amongst others, contributed to the success of the shows Supernaturel (Club illico), Espaces (Vrai) and Barbada (ICI Tou.tv). He will also continue his work as an actor. 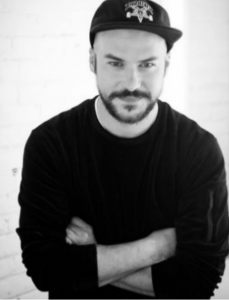 DEVELOPMENT Laurence Atkins has been named Head of Development. She will be assisted by Maude Paquette and Etienne Marcoux, who both recently joined her as collaborators. Peter Anthony Holder has also joined the team and will accelerate the development of podcasts for the Anglophone market.

ADMINISTRATION AND LEGAL AFFAIRS Among other movements in the group, Ariane Savard becomes Vice-President, Corporate and Legal Affairs. She will be supported by the lawyer Érika Bernard who recently joined the group, while Charles Bergeron becomes Chief Financial Officer.

“Behind each of our productions is a passionate, dedicated team who makes us proud and ensures our success. The appointments and restructuring announced today will enable us to continue developing original content with the invaluable and sustained collaboration of artists, artisans and broadcasters,” added Guy Villeneuve, Cofounder and Executive Producer.